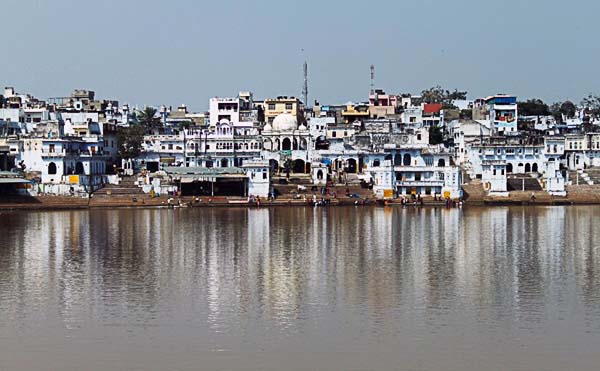 Pushkar, Rajasthan India – a holy place for Hindus, on the edge of the Thar Desert. Innumerable temples and houses of worship spread over the entire small town. This attracts tourists, Hindu pilgrims and hippies from all over the world. For many in Pushkar it is easy to earn their livelihood through tourism. But not everyone in Pushkar has the opportunity to build their life.

On the edge of the town, away in the desert lies the Nat-gypsy camp. The gypsies, as they call themselves, are among the lowest castes in the country according to the Indian caste system. The caste system per se is abolished since the independence of India. In everyday life, however, there is only little trace of that. Still serious discrimination and hierarchization is dominating life in India.

Government schools are generally free of charge and available for anyone in India. But the families need to pay for the school books and school uniform of the children – impossible for the families we work with.

The Indian Constitution is actually one of the most modern in the world only the actual implementation of it is lacking. Since 2010 compulsory education for every child, between the age of 6 to 14 years, is established by law. But between the right to go to school and the reality is a gigantic gap.

The problem is that the gypsies are not aware of their rights. They bear their fate, beg, sing and drum to earn a living. It is a vicious cycle of despair and resigned indifference. Therefore we launched Pushkar Children Trust to help the children to break the cycle of poverty and give them the opportunity to have a choice of their own and to build a good future.

Donate to help us continue our programs serving children in Pushkar